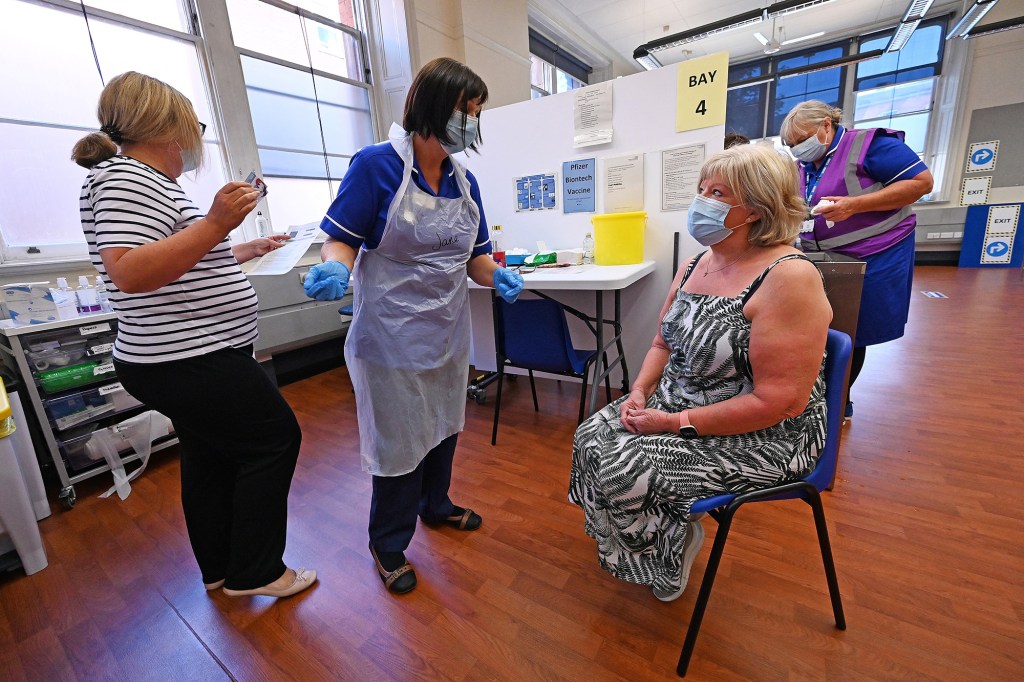 The policy will allow vaccinated travelers to enter the US from the 26-country Schengen Zone and from other countries that were early COVID-19 hotspots, including Brazil, China, Iran, Ireland, South Africa and the UK.

The ban on European travelers has been a particular diplomatic point of contention as infection rates in Europe have fallen well below those in the US. And most of the European countries have recently reopened to US visitors.

The ban, originally introduced by President Donald Trump, was put in place to stop the spread of COVID-19 from hotspots in Europe in the United States.Joe Giddens / PA Images via Getty Images

The decision to lift the ban comes after the European Union removed the US from its “safe list” of places with low COVID-19 rates.PAUL ELLIS / AFP via Getty Images

“Most importantly, foreign nationals flying into the US must be fully vaccinated.”

The decision comes after the European Union removed the US from its “safe list” of countries last month – tightening restrictions on Americans.

The EU and UK had previously allowed vaccinated US travelers into their territories without quarantine to encourage business and tourist travel. But last month the EU recommended reimposing some travel restrictions on US travelers to the bloc because of the rampant spread of the Delta variant of the coronavirus in America.

The Centers for Disease Control and Prevention will also require airlines to collect contact information from international travelers for easy traceability, Zients said.

It was not immediately clear which vaccines would be acceptable under the US system and whether unapproved US vaccines could be used. Zients said the decision would be with the CDC.

Zients said there will be no immediate changes to U.S. land border policy, which continues to restrict many cross-border travel with Mexico and Canada.

The UK welcomed the US announcement that it would lift quarantine requirements for vaccinated international travelers.

Prime Minister Boris Johnson tweeted that he was “thrilled” with the news. He said, “It’s a fantastic boost for business and trade, and it’s great that family and friends on both sides of the pond can be reunited.”

Foreign Secretary Liz Truss tweeted the move was “excellent news for UK travelers to the US. Important for our economic recovery, families and trade. “

The UK lifted quarantine for fully vaccinated travelers from the US and the European Union in early August and urged Washington to relax its rules. But Johnson said Sunday he didn’t expect the change to come this week.

The airlines welcomed the US decision as a lifeline for the ailing industry. Tim Alderslade, CEO of the industry association Airlines UK, said it was “a big breakthrough”.

Shai Weiss, CEO of Virgin Atlantic, said it was “an important milestone in reopening travel to a large scale that enables consumers and businesses to book travel to the US with confidence”.

“The UK will now be able to strengthen relations with our most important economic partner, the US, to boost trade and tourism, and to reunite friends, families and business colleagues,” said Weiss.

The new air travel policy will come into effect “in early November,” said Zients, to give airlines and travel partners time to prepare for the implementation of the new protocols.

After Covid, is Southeast Asia ready for the Indian and European...

“Full steam ahead” with a European passport, says Taoiseach